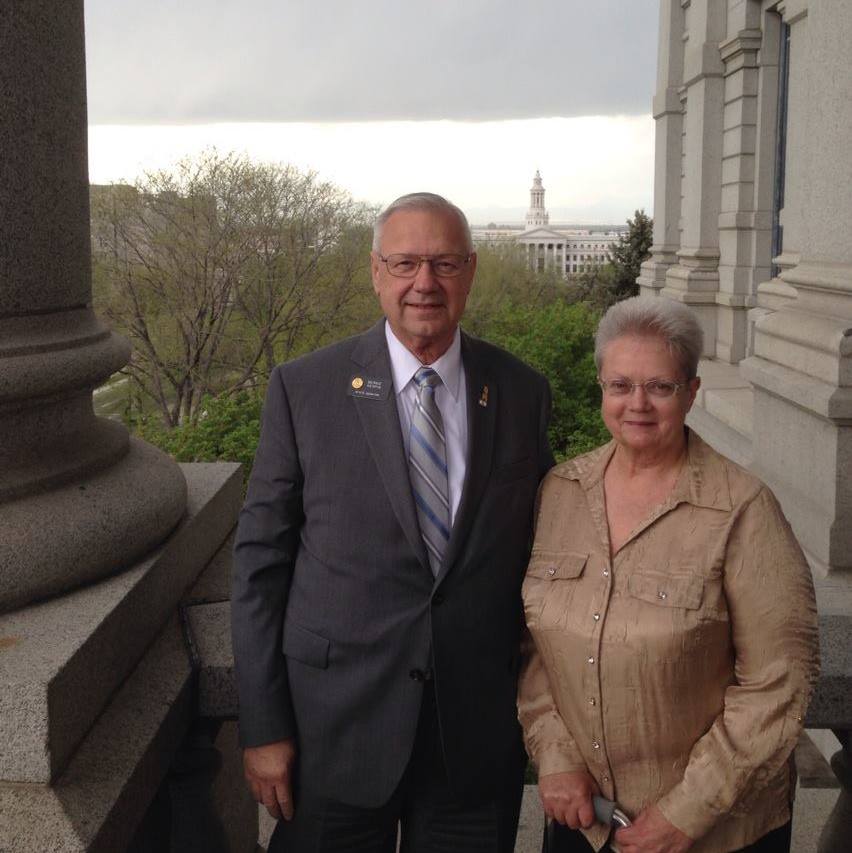 On the Republican side is Bernie Herpin.  Herpin is a retired military Captain, having served time in both the Navy and the Air Force, a private sector defense contractor, 27 year volunteer with the Colorado Springs Police Department and a former Colorado Springs City Councilman.  Bernie stepped up to run for State Senate in 2013 when Former State Senator John Morse was recalled.

On the Democrat side is Michael Merrifield.  Merrifield is a retired educator, former Manitou Springs City Councilman, and was elected to the Colorado State House of Representatives.

On September 23rd, Every Town For Gun Safety released its list of endorsements.  It was no surprise to see Michael Merrifield on their list, given that he was the Colorado State Director for Mayors Against Illegal Guns (MAIG).  Both Every Town for Gun Safety and MAIG are gun-control groups, funded by former New York Mayor Michael Bloomberg.   Bloomberg continues to throw his money around, just like he did in last year’s recalls.

Gun-control is very much a women’s issue. I am pro-choice on self-defense.  If guns aren’t for you, don’t own one.  But who is Merrifield to dare tell a woman how she should best defend herself?  Make no mistake, if he is elected, Merrifield will not be voting for the repeal of any of 2013’s gun-control laws. And it’s n o wonder. He is solidly in the pocket of Michael Bloomberg.

Michael Merrifield does not support a parent’s right to choose their child’s school.  As the Chair of the House Education Committee, he famously quipped, “there is a special place in hell” for supporters of charter schools and school vouchers.  Apparently Merrifield doesn’t see how well Charters perform.

Bernie Herpin, on the other hand, had a commendable first term as a Colorado State Senator.  He has earned a reputation for being a skilled and friendly legislator who is able to work across the aisle.  He was even named Legislator of the Year by the Colorado County Clerks Association.  Herpin also supports a woman’s right to choose her own self-defense, and what school her child should attend.

In full disclosure, I served with Bernie Herpin on the board of the Pikes Peak Firearms Coalition.  You learn a lot about a person when you spend that much time together.  Bernie is a solid public servant, who is playing nice in the Senate sandbox, and isn’t capable of the bad manners required to tell constituents that there is “a special place in hell” for them.   A nice guy who is also a competent public official?  That’s Bernie.

If you are like me and can’t vote for Bernie Herpin because you don’t live in his district, visit bernieherpin.com to learn more about his campaign and how to help.

California High School student Ben Wolman recently wrote an essay, for which he won an…