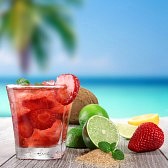 Powdered alcohol, or Palcohol, is a product that has not yet hit the market, but 5 states have already banned it, with many more states trying to ban it. Why? Because, according to the Republican bill sponsor in Colorado, JoAnn Windholz, “It’s prudent for states to ban the product until they know how it can affect people if it happens to be stronger than liquid alcohol.”

The bill in Colorado has cleared its first hurdle by passing 9-2 out of the House State Affairs Committee, and passing the full House floor by a vote of 46-17. The bill has been assigned to the Senate Judiciary Committee, having secured Senator Nancy Todd as the Senate Sponsor.

The product’s developer, Mark Phillips, fully acknowledges that Palcohol should be taxed and regulated just like liquid alcohol. That means it would be sold only where it is legal to sell liquor, with all of the restrictions of selling liquor. Additionally, there are existing regulations based on the strength of the drink. So what’s the problem?

There is a long list of proposed social ills that Windholtz says Palcohol might lead to, including children snorting the product, being able to spike another person’s drink, and being able to sneak the product in to a ballgame or other venue.

Palcohol’s inventor debunks all of this on his site, www.palcohol.com, in a very thorough manner.

He also details how he discovered the market need for a lighter weight alcohol product. He is a backpacker, and as every hiker or backpacker knows, the weight of your pack is everything. So he used his time and treasure to invent this product.

What if it hits the market, and no one likes it? Then they will go out of business, which is another feature of the free market. Phillips is not guaranteed success. Consumers, not the government, should determine the success of Palcohol.

This is a product that many people would enjoy. Just because a few might misuse it, doesn’t mean it should be banned for everyone. There is a little irony that this is happening in a state that just made recreational marijuana legal.

People are feeling more self-sufficient these days. When it comes to self-defense, that’s a good…

Not One More Dime

The Duty Of Self-Defense In Troubled Times

As riots in major —and not so major— cities around the country continue to erupt,…