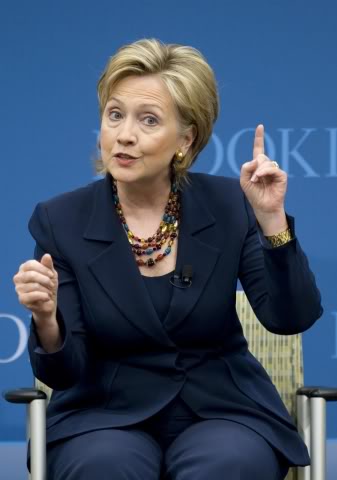 Rank and file Republicans do not agree on every political issue. One such issue is whether or not they would attend a gay wedding. What is the media to do when they find an issue, during a Presidential election cycle, upon which Republicans don’t agree? They ask all of the Presidential candidates about it, to try and catch one of them saying something that will haunt them in the event that they become the party’s nominee.

Rank and file Democrats also do not agree on every political issue. What is the media to do when they find an issue, during a Presidential election cycle, upon which Democrats don’t agree? Likely, they’d just get another latté and work on their next “hammer the Republicans” deadline.

What should the media be asking Hillary Clinton, Elizabeth Warren, Lincoln Chaffee, Martin O’Malley and Jim Webb? How about this one, on which Democrats don’t all agree: Would you be willing to drive your friend to a third-trimester abortion?

DNC Chair, Debbie Wasserman-Schultz has recently reinforced that that decision should be between a woman and her doctor.

Seven states and the District of Columbia have no restriction on abortion, so this isn’t a legal question. It’s a question that simply divides Democrats. Eighty percent of Americans don’t support late term abortions, although a majority support Roe v. Wade. These poll respondents include Democrats.

What’s good for the goose is good for the gander. If reporters ask Republican candidates a divisive question about attending a gay wedding, they should be equally curious about the Democrats’ answers to the third-trimester abortion question. Whether you are pro-life or pro-choice, I think everyone would agree the question should be asked. It’s only fair.

I have a small bounty available for the first Chipotle employee who can record Hillary Clinton’s answer.

Gun owners who watched President Biden’s address last night are right to be confused. While…

Guns and the Democratic Debates

Over the past two nights, viewers have been treated to 20 Democratic candidates for president…