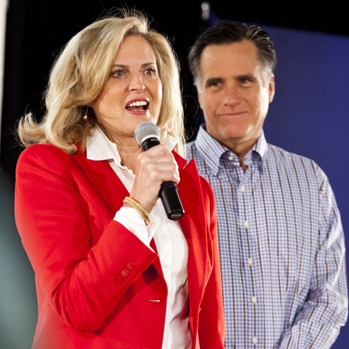 What caused the President to lose 5% of the women’s vote in the span of one month?  A couple of new data points from this week may help answer the question:

In many families, women run the family finances.  They know how hard it has been to manage the family budget under this President’s policies.  They do most of the grocery shopping, buy the school clothes and drive the carpool.  They have seen the incremental reductions in their buying power add up during the Obama administration and are simply more confident in Romney’s ability to turn to economy around.

President Obama also miscalculates how women think.  This is not 50 years ago, where the norm was a family where the man looked after the wife and children.  This is 2012.  Women are strong, independent, running businesses and raising families.  The argument made in the President’s online ad “The Life of Julia” is that women need to be cared for, because they can’t – or won’t – care for themselves.

That is a tired, old argument, and women are not buying it.  In feminist terms, we don’t need to be shackled to anyone.  And that includes the federal government.  We are smarter than that.   Mitt has my vote.

Audible Version of Government Ruins Nearly Everything is Now Available

This week, Nancy Pelosi is making good on her promise to bring sweeping gun control…