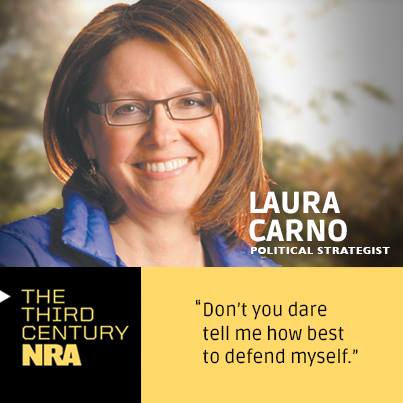 As a decades-long firearms owner, I have always paid attention to gun politics. It always seemed perfectly obvious to me that we have a right to bear arms, and politicians shouldn’t even begin trying to manipulate those rights.

Our job as citizens is to remind politicians that they are not kings. It’s not their job to decide what size soda I should drink, what kind of light bulb I should buy, what kind of insurance I need or how I should best defend myself.

After a long run in the corporate world, I decided my passion for politics would be time well spent. I found myself working at the Colorado State Capitol in Denver, and I managed a couple of local political campaigns (we won with good conservative candidates). I also worked in conservative talk radio, and finally started a political media company to communicate with people who don’t pay attention to politics all the time.

In early 2013, when Mayors Against Illegal Guns began running ads in support of Colorado’s restrictive gun-control bills, I decided someone needed to respond. At that point, I had been in the political media arena for nearly a year. I made a plea for funds on my Facebook page, then made a radio ad called, “Don’t You Dare.” A key line in the ad said to the politicians in Colorado,

If guns aren’t right for you, don’t own one.

But don’t you dare tell me how to best defend myself.

Another line asked, “Who’s to tell me how many bullets I need to defend me against a rape? One bullet, five bullets, ten bullets? How about as many as I need to stop the rape?”

My message resonated. People were connecting with us through national and local media. Although several of the Colorado gun-control laws passed, we had started making an impact on how Colorado was talking about gun rights.

At the same time, some people in Colorado began talking about recalling some state legislators, including Senate President John Morse, who represented part of the county where I live. The recall effort wasn’t just because of the passage of gun-control laws. It was also a result of citizens being ignored when we tried to make our voices heard. When the Morse recall effort was up and running, I raised more money to help out, including running radio and television ads. History was made, and two state senators were recalled. They ignored their constituents and paid the price.

I’m not a politician. I’m not running for office. I’m an ordinary Colorado citizen concerned about my ongoing right to have my choice of firearm and to carry where it makes sense for me. Now I am using my political media company to educate citizens about this and other political topics.

It is important for ordinary citizens to defend this right in their local communities. When elected officials forget whose money they are spending and whose rights they are eroding—when they forget who’s the boss and who’s the public servant—then it’s up to citizens to speak out and reset the balance.

The City of Colorado Springs is reducing the size of Research Parkway against the wishes of its residents.