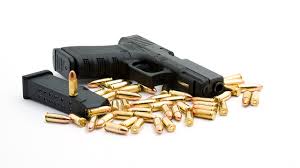 Senate Bill 15-175 would repeal the 2013 law that limited the size of ammunition magazines to 15 rounds. The unusual characteristic of this bill is that there are 4 Democrat co-sponsors, 3 in the Senate and 1 in the House. This is an attribute of the Colorado General Assembly that many other states don’t have: We have pro-gun Democrats.

None of these are Johnnies-come-lately on this issue. Senators Jahn, and Garcia (when he was in the House) and Representative Vigil all voted against the 2013 ban bill. Senator Donovan, a freshman from Vail, said on her campaign website, “You have my word that I will work to defend your ability to purchase and use guns. The current law passed by Denver limiting high-capacity magazines is unenforceable and I would not have supported it.” It bears repeating that Senator Donovan is from Vail, CO.

Senator Jahn said in 2013 that she voted against the magazine limit, the ban on concealed weapons and the gun liability measures because she believed they cannot be enforced and will not stop gun violence.

The County Sheriffs in 2013 came to the conclusion that the ban on magazines over 15 rounds was unenforceable. Their lawsuit is wending its way through the legal process and is currently in the appeal stage.

Senate Bill 15-175 has been assigned to the Senate Judiciary Committee but not yet scheduled for a hearing. It is sure to pass in the Senate, but in the House, Speaker Dickey Lee Hullinghorst told the New York Times that all of the gun rights bills that pass the Senate will have “absolutely no chance” when they reach the House.

Given the 4 Democrat co-sponsors on the magazine limitation repeal bill, it will be interesting to see if the Speaker will send the bill directly to House State, Veterans and Military Affairs Committee to die, or if she will allow it to have a full public hearing on the House floor.

What To Buy With Your Third Stimulus Check

People are feeling more self-sufficient these days. When it comes to self-defense, that’s a good…