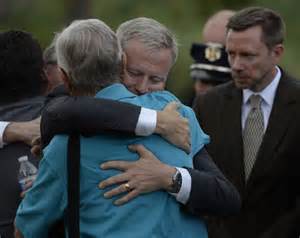 Just uttering the words “death penalty” evokes strong emotions, regardless of where you stand on the issue. When the jury in the Aurora theater trial was unable to come to a unanimous decision for the death penalty, and imposed a life sentence without the possibility of parole, most were stunned. In a state where the death penalty is a legal sentence, it was difficult to reason how this horrific mass murder wouldn’t qualify in the mind of one of the jurors. It is a good conversation for the community to have. Reasonable people can disagree on the death penalty and will continue to do so.In an interview with the Denver Post, George Brauchler, the prosecuting attorney in the Aurora theater trial, describes why he thinks the death penalty is necessary in this kind of case:

Brauchler said the state needs a penalty that speaks to the gravity of what Holmes did.

“How do you treat them like someone who killed one. That is not justice,” he said.

Brauchler said he alone made the decision to go forward despite the request by some victims not to go to trial.

I know something about prosecuting attorneys. In January of 2002, my brother Richard was murdered in Las Vegas, NV and we began our 2-year relationship with a fine and committed group of homicide detectives and prosecutors. Being the family of a murder victim isn’t something that life prepares you for. It is gut-wrenching, life-changing and makes the family question everything they knew to be true the moment before the news of the murder.

In our situation, the death penalty was also a legal sentence in the state of Nevada. There were circumstances of the murder (namely kidnap and torture) that made Richard’s murderers eligible for the death penalty. Having never given a moment’s thought to the death penalty before my brother’s murder, I found myself ready to personally administer the sentence. I never imagined being able to feel that way. Now I understand it.

The prosecutors in our case consulted us every step of the way. As the family members of the murder victim, we were adamant about the death penalty being pursued in our case. And the prosecutors pursued it. After the guilty verdict of the two murderers, their counsel came to the prosecutors with a deal: trade away the death penalty for a life sentence. The defendants would not be able to pursue any appeals, save their right to appeal based on incompetent counsel. As a family, we liked the deal, since we could get the murder behind us sooner, and begin our healing. We don’t regret that decision in our case. The existence of the death penalty in Nevada allowed that negotiation to take place. It gave the murderers something to trade away.

I don’t know Brauchler well, but I’m impressed with his job performance. I like that he took full responsibility for the death penalty strategy in this case. I like that victims’ families in the theater trial have been so supportive and have so much respect for Brauchler. I understand this kind of support and respect. I had the same respect for the prosecutors in the case to bring my brother’s murderers to justice.

Will you join me in asking George Brauchler to consider a run for US Senate?

Earlier this year, Colorado Springs’ former City Council placed an initiative on the ballot that would have increased their pay from $6,250 to $48,000. That measure was soundly defeated, with 80% of voters rejecting it. The ballot language was intentionally deceptive, and now the politicians are at it again, this time in Salida.