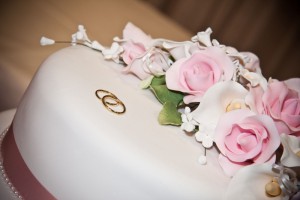 In the most recent update to the Denver cake-baker saga, Masterpiece Cakeshop owner Jack Phillips, according to an article in the Denver Post, “cannot cite his religious beliefs or free-speech rights in refusing to make a wedding cake for a same-sex couple.”

In Jack Phillips’ case, he refused to bake a cake for a same-sex wedding. The couple sued, and has won on two appeals. Phillips said he’d rather stop baking cakes than make a cake for a same-sex wedding. The principle at work is this: Whose liberty is more important? The baker’s right to do business only with whom he wishes, or the customer’s right to do business with that specific baker.

During the civil rights movement of the 1960s, doing business with those you didn’t want to felt much different. If one restaurant wouldn’t serve you at their lunch counter, it was likely that no restaurant would serve you at their lunch counter. There were sit-ins, protests and marches. The Civil Rights Act of 1964 was passed outlawing such discrimination.

Today, in the case of the same-sex couple wanting the wedding cake, there are dozens of places they could have gone in Denver where bakers would be happy for their business. The couple chose to go to the one baker who didn’t want to make the cake. I ask the question again: Whose liberty is more important? The baker’s right to do business only with whom he wishes, or the customer’s right to do business with that specific baker.

The problem I have with the religious liberty argument is that it is too exclusive. What if the baker was an Atheist and didn’t want to bake the cake? Freedom covers the Atheist baker as much as the Christian baker. I side with the business owner over the customer. It’s a different world than it was in 1964.

Since the rest of us also operate in a free market full of choices, some would shop at Phillips’ bakery, and some would refuse to shop there. If enough people shop there, Phillips would stay in business. If enough people refuse to shop there, Phillips would go out of business. And all of that would happen by letting the market sort it out. No government. No courts. No one trying to boss anyone else around.

This has similarities to the Hobby Lobby case, where they didn’t want to comply with the mandate to provide certain types of birth control —those they considered to be abortion inducing— in their employee health plan because it was an affront to their deeply held religious values. I would have loved to have seen this case argued not based on religious freedom, but based on the fact that it should be none of the government’s business to dictate the contents of an employee’s benefits package. It’s simply not their job.

The freedom to run your business the way you wish should be part of our freedom and liberty as Americans. If customers don’t like it, they are free to run you out of business. That goes for whether you are religious or not.