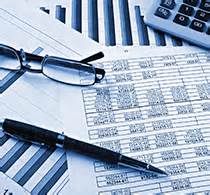 When the government —local, state or federal— tries to convince voters that it needs more of our money, we are right to be skeptical. We see what government spends our money on, and in many cases we don’t agree with its priorities.

A recent Denver Post article details the concerns that many conservatives have about the new organization called Building a Better Colorado. The new bi-partisan group of elected officials, former elected officials, and other civic leaders is looking at a number of state-level policies, including changes to TABOR. TABOR, the Taxpayer’s Bill of Rights, requires increases in taxes to be approved by the voters.

In Colorado Springs, Issue 2C will be on the ballot this November to increase the sales tax on purchases made within the city limits. If passed, this increase would take the sales tax in the city of Colorado Springs to 8.25%, far above the average in Colorado of 7.39%. This $50 million annual tax increase would be in effect for 5 years, and would be dedicated to road repairs and improvements.

Americans For Prosperity Colorado hired Steve Anderson, a CPA with experience in municipal budgets, to review Colorado Springs’ budgets and audits to see if there might be another way to come up with an annual $50 million for road repairs. Anderson came up with many ideas and Americans for Prosperity Colorado detailed these ideas for the Mayor and the City Council. The Mayor and the City Council aren’t interested in Anderson’s proposals. They want the tax increase.

So, when is it OK for a conservative to support a tax increase?

Before the government, whether state or local, asks its citizens for more money, it needs to tighten its belt, just like we do in our family budgets. The government needs to remember that every dollar it spends is a dollar you and I earned. If any politician supports a tax increase, it needs to be only after they have turned over every stone looking for another way.

I launched a digital ad campaign today to bring attention to the Colorado Springs proposed tax increase, and to express my opposition to it. You can see that digital ad at IACEaction.com. Feel free to share it with your friends and on you social media accounts.