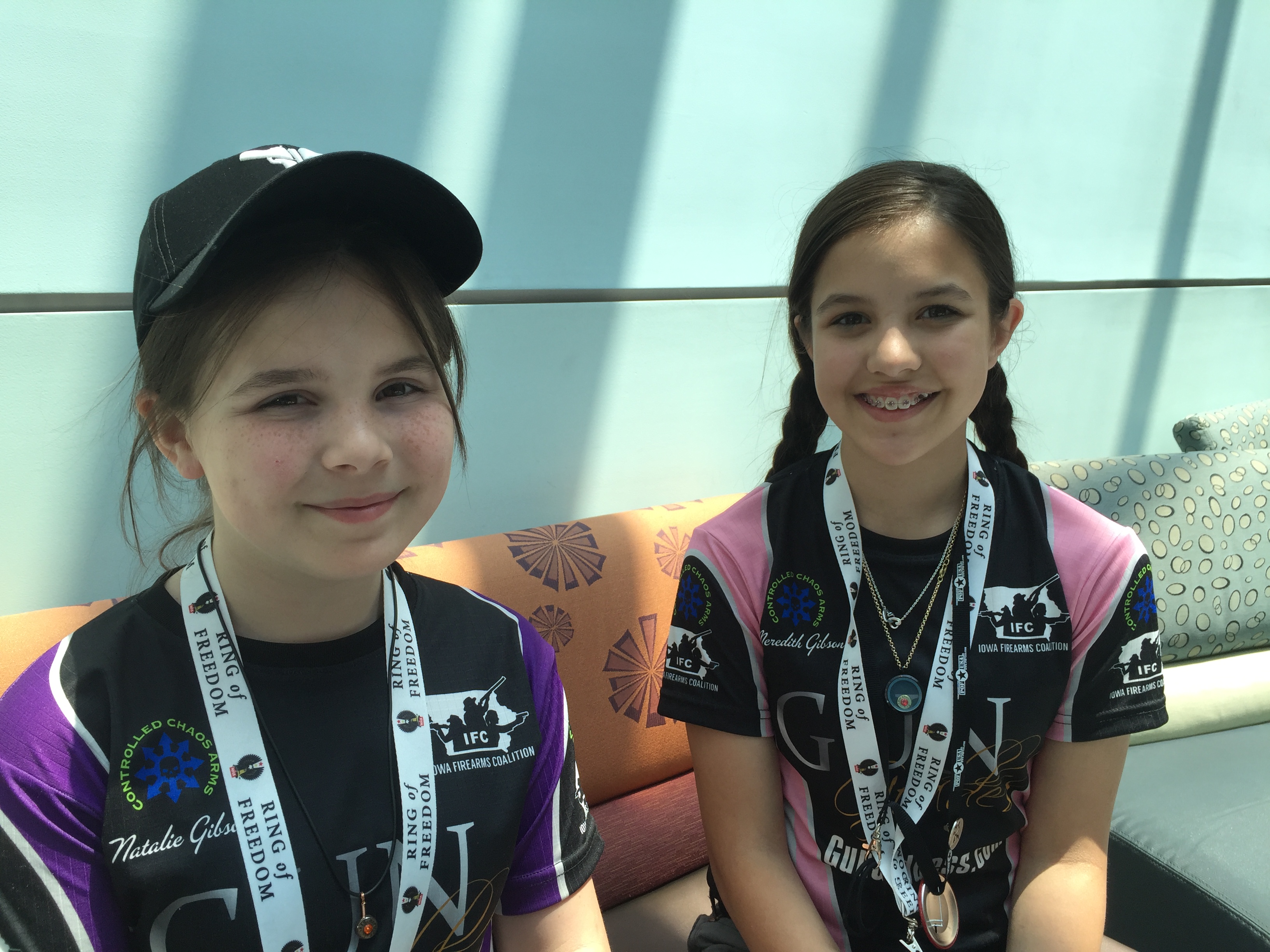 I’ve been home about a week from the NRA Annual Meeting in Louisville KY, and one of the highlights of my trip was the interview I did with 12-year old Meredith Gibson and her 10-year old sister Natalie.

The Gibsons live in Johnston, Iowa and they are both involved in sports.

The State of Iowa has a problem with these young ladies. They participate in the shooting sports, but they are not yet 14 years of age. Meredith shoots 3-gun and USPSA and Natalie shoots USPSA. Both of these sports involve competing with pistols, which is prohibited for Iowans under the age of 14. There is no other state in the union that has a problem with kids their age shooting a pistol under adult supervision. They are legally able to shoot a shotgun or a rifle in Iowa, but not a pistol.

This forces the Gibson sisters to go to Illinois —yes, that Illinois— to practice their pistol skills.

This law is a relic from the Civil War era. It is a law that should have been repealed long ago. But no one has done so yet.

Watch this great interview that Meredith, Natalie and Nathan did with Cam Edwards from Cam and Company on NRA News, describing their interaction with legislators.

This repeal bill keeps getting killed in the Senate. Senator Steven Sodders tells the girls that he supports the bill and even says he’ll bring it up for a vote, but he never does. Instead, Sodders assigns it to the 3-member Judiciary Committee that has two anti-gun Senators. And they never get around to scheduling a hearing. This results in the killing of the bill without a vote. It should be noted that the girls have talked to all 50 Senators and 35 have pledged to vote yes.

When they weren’t getting anywhere with Sodders, the girls tried to track down Senate Majority Leader Mike Gronstal. They told me that when Gronstal saw them, he tried to get away via one of two sets of stairs that lead to the building’s main exit. The girls were waiting at the bottom of each set of stairs, essentially blocking him from not talking to them. Who doesn’t love this image of a legislator running away from a couple of kids?

The girls aren’t looking to carry concealed. They aren’t looking to go hunting. They aren’t even trying to make a political point. They told me, “We just want to get back to our sport.” I want Senator Sodders to do his job and get the government out of the way of 10 and 12-year old sisters engaging in their chosen sport.

My favorite part of this story is what the girls are going to do with their summer, as soon as school is out. They told me they are going to knock on every door in the district, “to make sure Steven Sodders is not re-elected.”

How great is it when 10 and 12-year olds are taking action for their rights?

How can we help? First, there is a PAC helping out that could use your donations and volunteer time. Second, if you are in Iowa or can travel to Iowa, please consider helping Meredith and Natalie walk precincts. Third, share this blog with anyone you know in Iowa and ask them to share it within their local networks. And finally, feel free to reach out to Senators Sodders and Gronstal. I’m sure they’d love to hear your thoughts. Senator Sodders can be reached at 641-751-4140 and Senator Gronstal can be reached at 712-328-2808.

In the aftermath of the May 31st slaughter at the Virginia Beach Municipal Center, Governor…

Did you know there is a County official whom you did not elect? Many Colorado…