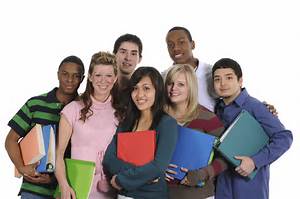 We are used to the old saying, “You get what you pay for.” When we pay more, we expect that we are getting a better quality product. There is a reason that a Maserati costs more than a Ford.

It’s the same with education. It’s common to think that a higher priced education should be a higher performing education. School performance might be measured in a number of ways: Grades, test scores, graduation rates, or college acceptance rates. If you paid a high price for an education, you’d expect the school to perform well.

But that’s not what is actually happening in education in Colorado.

Many schools with the best performance are actually being purposely underfunded —meaning that there are other schools with a higher price tag that aren’t performing as well.

Parents continue to shop for the best school for their own children —as they should. They know that a good education makes a significant difference in their child’s long-term quality of life.

Related: Moving Toward a Free Market in Education

And what about funding for Colorado charter schools?

Wait, charter schoolteachers are paid less and they are performing better?

Doesn’t every public school student and teacher deserve to be treated fairly?

In my book, Government Ruins Nearly Everything, I make the case for equitable funding for all public schools, including charter schools. In Chapter 9, Schools That Work, I detail some solutions to this inequity. These solutions may vary from state to state as each state approaches funding differently.

We expect the best performance —Maserati level— out of all public schools. Find out how this works in your school district, and talk to your state legislator about treating all public school students fairly.