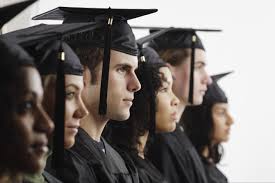 We have read many accounts of successful charter schools across the country. We understand from these stories how students are well served when parents have the ability to choose how their children are educated.

But how are these charter schools born? What is the gap that is identified in the community that causes people to say, “We need another choice”?

I had the opportunity to sit down with Ronnie Wilson, a Colorado Springs father of two who made that decision. Ronnie and his wife, who is a 2nd grade teacher at another area charter school, were hearing from other families that they wanted some additional choices in their school district. With 1500 students leaving the district for other schools, they knew there was something that other districts had that may have been lacking in their own district. The Wilsons live in Colorado Springs School District 49, which straddles Colorado Springs proper and some of the suburbs just east of town on the plains.

Given this fertile soil, and wanting a rigorous curriculum available for his own children, Wilson started down the path of how a charter school is born. He knew of other parents who had started charters, and he networked with them. He investigated various types of charters and was intrigued when he heard that Hillsdale College had begun licensing charter schools.

Hillsdale offers training to teachers and board members of Hillsdale affiliated schools. The only contract is one to remain faithful to the Hillsdale curriculum. There is no money that comes the way of the charter as a result of their affiliation with Hillsdale.

Wilson plans to open Liberty Tree Classical Academy in the fall of 2017. In Colorado, charter schools are public schools.

I asked Wilson how the process was to open a charter, as I had heard it was like jumping through a lot of hoops on fire. Wilson said that that was an accurate description. “I’ve built big things before: a church and several businesses. But nothing has compared to the process of opening a charter school,” said Wilson. “We are all volunteers who are working through all that needs to be done —in addition to our day jobs. And I wouldn’t change a thing.”

He also added that although the district is friendly, there are regulations and school law to contend with, which makes it necessary to have a lawyer who knows the charter school laws well.

I asked about facilities challenges. In my book, Government Ruins Nearly Everything, I cover the experiences charter schools have in many districts and states getting equal funding so that facilities costs are covered. In the case of Liberty Tree Classical Academy, they will receive resources that will be budgeted toward facilities. However, charter schools operate on a much smaller allocation of resources than a traditional public school. This often makes it necessary to seek donations to build out the school.

I asked Wilson what was the most surprising about the community reaction to his plans. He told me that for the parents he has been talking with, choosing the right school for their children is not a political decision. There are political discussions nationwide about charter schools and private schools, and their impact on traditional neighborhood schools. In Wilson’s experience, those political discussions don’t interest most parents. “Every parent wants the best for their children. Every parent knows that a great education that fits their children is going to give them the best chance at a good future,” said Wilson. “This is a subject that crosses political barriers.”

What does Wilson expect to happen in the fall of 2017? “Based on the experience of Golden View Classical Academy —the only other Hillsdale-affiliated school in Colorado— I expect a lot of demand. GVCA started with 580 seats to fill, and had a wait list at every grade level. We are going to buckle our seatbelts.”